Spring at the Tiny House

I promise I will get back to my story about the well and the water tank at our property. However, I have to take a break today from our regularly scheduled blog to talk about spring at our tiny house, which has finally sprung.

We went up to the tiny house on Friday evening, as we normally do now and it was too dark to really appreciate the beauty of the place when we arrived. However, I spent most of the day on Saturday continually being surprised by all of the flora and fauna that I encountered.

I started Saturday morning by chopping up two large stumps of fallen Douglas Fir tree before breakfast and filled at least half of my new wood shelter with that. It felt good to get a little bit of exercise before breakfast. I also like that when I go out to the tiny house I get to pretend for at least a little while that I’m actually a California mountain man, even though I’m really just an engineer from Connecticut.

As I was finishing cutting the wood, our co-owner, Sabine, showed up and spent the rest of the day with us. After she arrived, I took a break and walked down to the river with her, stopping to look at all of the flowers along the way. We spent a lot of time looking at flowers and wildlife this weekend because everything was blooming and all the animals were out. 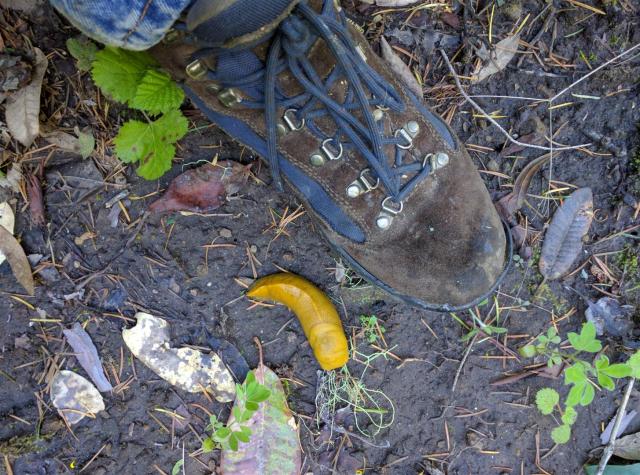 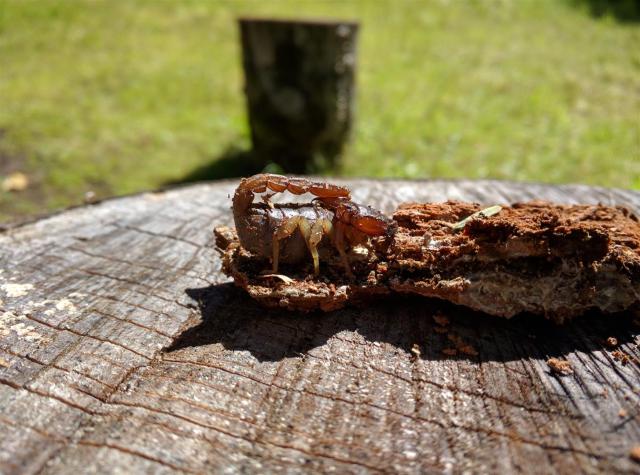 Sheila spent a good amount of time on Saturday using the weed whacker to cut all of the grass in the upper clearing and to clear a path down to the compost pile and all the way to the river. That made walking around a lot nicer.

After all of that, we had a picnic lunch in the shade. Sheila made tuna fish sandwiches which we ate with some chips and salsa, some pears that we brought and some raspberries that Sabine brought. The pears and raspberries were particularly good.

For the rest of the afternoon on Saturday, we pretty much just relaxed in the shade. That was delightful and perhaps my favorite part of the weekend. The weather was perfect. It was about 75° and occasionally slightly breezy and just beautiful out.

At about 5:00 PM, we set about making a campfire and then cooked the potatoes, zucchini and pork chops over the fire. Sabine also brought a kale salad and all of it was amazingly delicious. After dinner, Sabine drove back home and Sheila and I stayed up for a while and made a few s’mores before putting out the fire and retiring to the tiny house.

After that, I spent some time working on the front door of the tiny house which had once again swelled up to the point of almost not being able to close it. I must have spent at least two hours shaving down the doorjamb until the door would finally open and close again. I also did this about a month ago, but I think it swelled up again because I never sealed the doorjamb with stain after the last time. This time, after I got the door opening and closing the way I like it to, I took time to stain it and we hung around at least another couple of hours at the property waiting for the stain to dry before closing the door.

While we were waiting, Sheila grilled a couple of leftover sausages from Corralitos that we had pulled out of the freezer before we left on Friday. That made for a really yummy lunch.

After the door had sufficiently dried, we packed the rest of our stuff, closed up the house and headed back over the hill.

Another Great Weekend at the Tiny House